Written by James Wilson on November 11, 2016. Posted in Strength Training for BJJ, Uncategorized

As I drove across the dark desert staring at the small patch of ground lit up by my headlights I started to get excited. Sure, I still had 9 hours of driving ahead of me but at the other end of the drive was a chance to learn some more about my two favorite training tools – the steel mace and bodyweight training.

Now, I’ll admit that I won’t just drive 12 hours from Colorado to California for just any seminar. But this one was a unique chance to learn from two of the best at what they do.

Rik Brown, a.k.a. Mr. Maceman, has been training with the steel mace for over a decade and has more experience with it than anyone else I’ve come across. He emphasizes the “traditional” steel mace exercises like the 10-2 and 360’s and I was looking forward to seeing his approach to them as well as steel mace training in general.

Amir Solsky is a bodyweight training savant and has created a whole training system around using your own bodyweight to help you achieve your goals. While he was going to present specifically on building upper body strength with supports and suspensions, he has a wealth of bodyweight training knowledge and I was very interested in seeing what he had to teach.

Plus, it was also a good excuse to meet some new people who are interested in steel mace training and spend some time talking with and learning from them. All in all, it was going to be a fun weekend despite the 12 hour drive on each end of it.

After several coffees and getting lucky with the notoriously bad SoCal traffic I made it to my hotel, where I checked in and then did a few Mace 360’s to loosen up my upper back. I added in an Uppercut to add in some t-spine rotation and after a few minutes of these I was feeling surprisingly good after sitting for so long.

After dinner and some television, I went to sleep and woke up feeling great, which was good because although I didn’t know it yet there was a lot of mace and bodyweight work in my future.

I showed up to the Long Beach Kettlebell Club (thanks Eric for hosting the event) and met Rik, Amir and the rest of the crew. There were a lot of really smart people in the room and the energy level was great – everyone was there to learn and we were anxiously waiting for Rik to kick things off.

Rik got up and started with a brief history of the mace and how he got into it. He explained the difference between a Steel Mace and a traditional Gada as well as why he feels the addition of a small ball on the end of the handle helps increase safety. His point was that the tools he prefers to use may not be “traditional” but there are valid reasons for using them.

I tend to agree – I like my steel mace and the longer handled maces he had with the little ball on the end of the handle to keep your hands from slipping off was a nice touch.

He also touched on how the steel mace isn’t a complete training system and that it is primarily an upper body/ core training tool. You are not going to build max strength in your legs using just the steel mace but you can use it to build upper body and grip strength like no other tool can. Using the steel mace for what it is best for and using other tools as needed for other goals is the best way to go.

I have to applaud Rik on this one because it is all too easy for “gurus” to try and sell you the ultimate solution instead of being honest and telling you that not every tool is best for every goal.

After this short intro Rik led us through some basic warm up drills for the shoulders, elbows and wrists. For most people these areas don’t have enough mobility to allow the mace to swing freely through the backside of the 360’s and 10-2’s so focusing on these areas before training helps increase performance and decrease risk of injury.

We then learned the Giant Punch and the Gravediggers. These are really fun and effective exercises that work on rotational hip power, core strength and upper body stability. We played with some ways to string the two together and here is a video of what we came up with.

He then took us through his progressions for learning the 10-2, which is the more traditional mace exercise. In this on you don’t bring the steel mace all the way around but instead stop with the handle in your pocket and the mace tilted across the body with the mace head either at the 10 o’clock or 2 o’clock position. It takes some timing and practice but once you get the feel for it it is a lot of fun.

We started our 10-2 work with the Pendulum, where you get comfortable with letting the mace pass behind you while keeping the hands low and the arms mostly relaxed. The trick is to let the mace bounce into and out of the bottom position and not to try and muscle it through. It takes some practice but once you get the feel for it you can use the momentum to pull the mace all the way around, using the elbow the lead the head of the mace back around in front of you to the front position.

After that we worked on standing, kneeling and even seated 10-2’s, which was a new challenge for me. Sitting down really forced good posture and awareness as well as worked on my hip mobility.

After getting our 10-2’s dialed in we went to work on the 360, which is where the mace just keeps going around the same direction. After working so much on the 10-2’s the 360’s were feeling pretty strong and I picked them up quickly. It also didn’t hurt that I have been doing a lot of 360’s to prepare the seminar.

For me, I like to use the 360’s as more of a mobility move because I feel it does a better job of opening up the upper back. I like the 10-2’s for more strength and endurance building because they require more tension to control the mace and redirect it when it is in front of you. This just means I use them both, it just depends on what my goal is.

After Rik finished with us we had a short lunch break and then Amir took over.

He started out by explaining his thought process behind what he was going to show us today, which was building upper body strength at different angles of the arm with the body from both a support and suspension perspective.

To show us what he meant he had us do a ring dip and then hold the top position for as long as we could. This holding of the top position was us supporting ourselves with our arms next to our body.

He then had us flip upside down and hold ourselves with the arms extended next to our sides. This is us holding our bodies in suspension with the arms in the same position.

He explained that this static strength in the support and suspension positions is very important for being strong in those positions and that they were often neglected elements in a training program. He showed us the different angles he liked to train and then we went into more ways to do that.

One of the lessons that really stuck with me was how he did his push ups. They broke some common rules that I have preached for years but his logic made a lot of sense. In his mind, he uses push ups as a movement practice for his higher level moves and so wants to practice the same upper back position and elbow movement he uses for them.

I shot a video on what I’m now calling Solsky Push Ups that you can watch below where I show and explain how this works.

A common theme from that point on was maintaining that upper back and elbow position we learned from the push ups. Through all the different supports and suspension positions he showed us he kept going back to those two things, reinforcing how important the right position is for maximum stability and strength.

While we learned a lot of great movements one of my favorites was what I’m calling the Solsky Pike Rocks, which you can check out below:

At the end of the day I was tired but feeling pretty amped up from all the new stuff I had learned. I was already putting together different ways of using it in my workout programs and I had a lot of work to do with my own steel mace and bodyweight training.

Thanks guys, can’t wait to do it again!

After saying bye to Rik, Amir and the rest of the group I headed back to my hotel to decompress my brain for a bit. I sat down to write out everything that was swimming around my head, drank a beer and then I was ready for some dinner. Luckily a few guys from the seminar were in town and I met up with them for some more discussions about training and life in general.

I’ll admit that I wasn’t as excited to point my car back to Colorado and face the 12 hour drive home, although I was certainly looking forward to seeing my family and the drive home always seems to take longer. I’m really glad I got the chance to make the trip, though, and I know that what I learned will help me improve my coaching and programming skills.

If you get the chance to learn from either Rik Brown or Amir Solsky I highly recommend it, you can find them on Facebook and connect with them to keep up on their next seminar or workshop. And thanks again to Eric Doyle and the Long Beach Kettlebell Club, definitely the place to train if you are in the Long Beach area.

And thanks to all of the other attendees, you guys were a great group and I learned a lot from hanging out with you guys as well. Can’t wait to do it again! 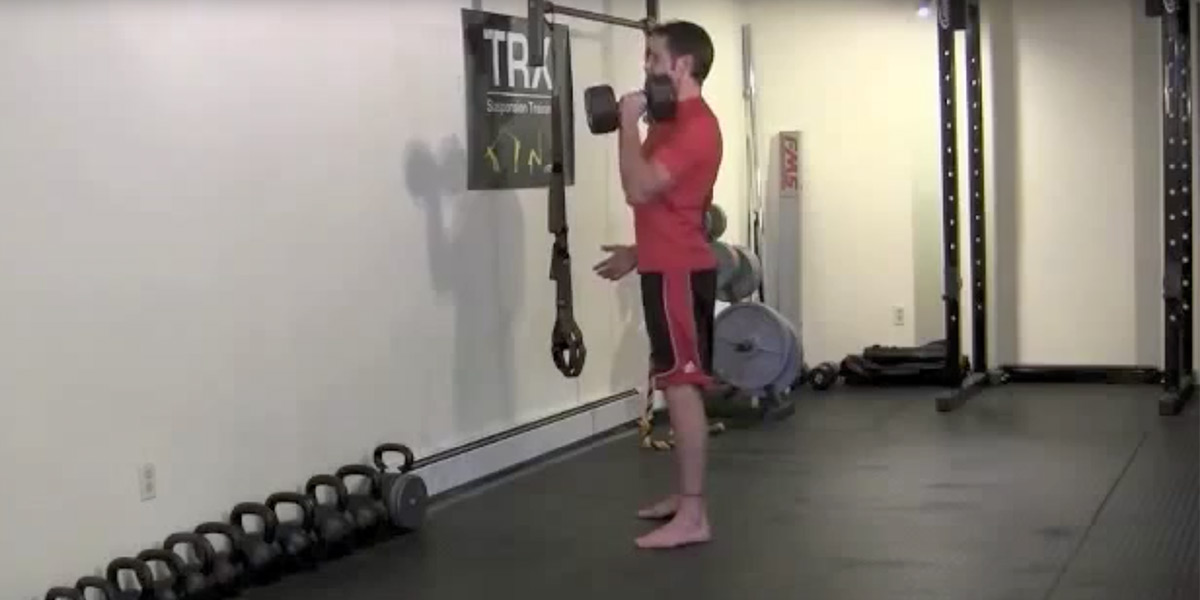 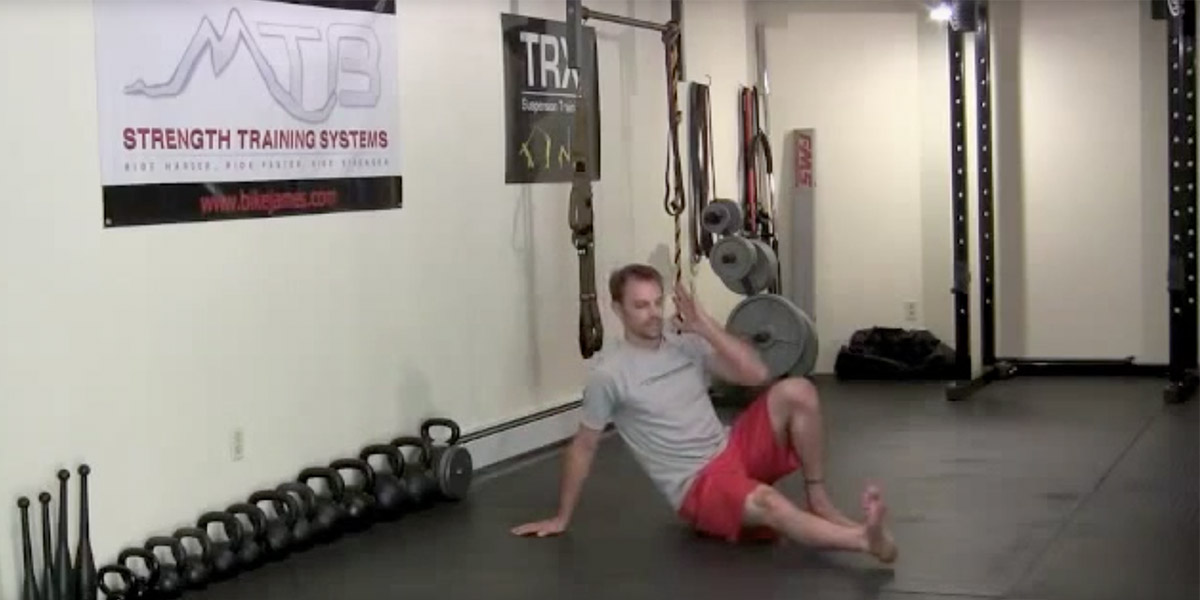 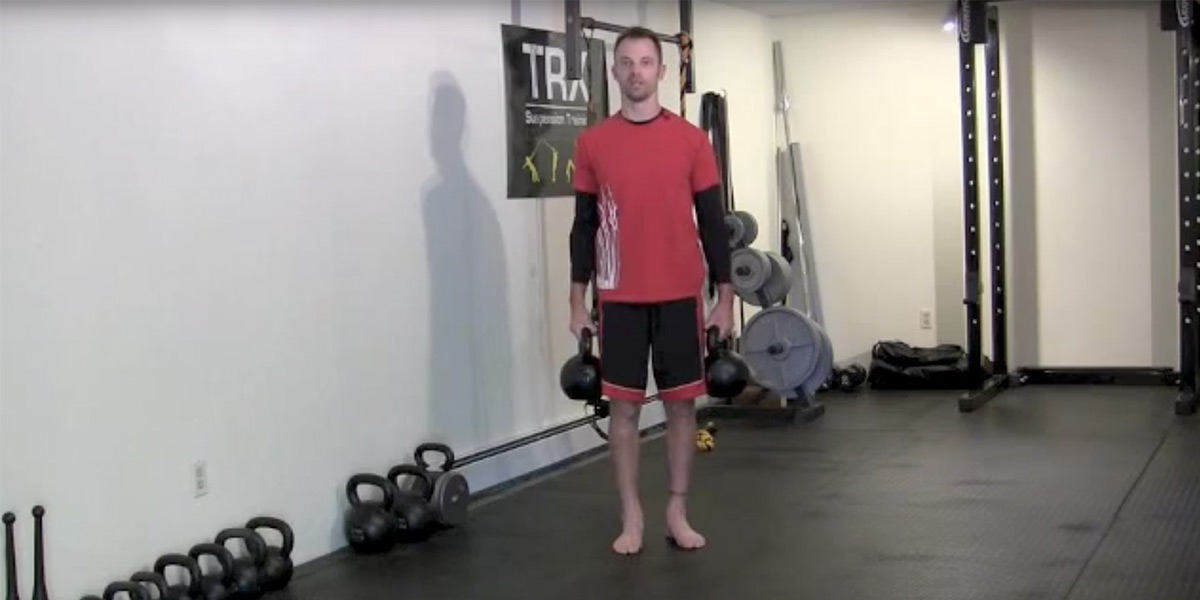